by THE IN THE OUT 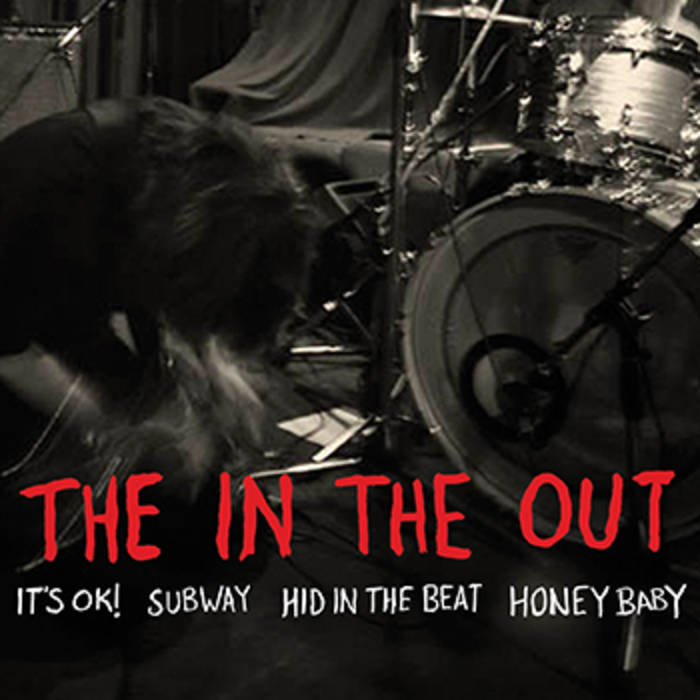 THE IN THE OUT are:
Dallas Gale - Vocals & Guitar
Will Hindmarsh - Keys/synth
Michael Sanders - Drums
Xain Milke - Bass


"The self titled EP by The In the Out is Psychedelic Garage Pop.

The overall sound of the album is very dingy, by which I mean it sounds like you just walked into some dirty bar that's somehow packed to the brim with people, the only lighting is red and dim, and there's this band playing chilled out grunge, but sweating profusely.

The second track of the EP (entitled: "Subway") kicks things into a down and dirty territory with a heavy bass and drums combo that puts it into the UK version of Garage Rock's territory. Guitar is present, but more works as cement filling in the cracks.

The third track (entitled: "Hid the Beat") does a fine job of living up to it's title, with a noisy production that consists of heavy Fuzz Rock, making it the most freak-out track of the EP. The vocals in this track sound very Acid Rock inspired.

The EP as a whole just has this sinister-cool vibe to it, suited for background music during risky adventures, or just night driving and feeling cool."

THE IN THE OUT Melbourne, Australia

THE IN THE OUT are a alternative rock pop-adelic band born in 2012 from Melbourne, Australia.

THE IN THE OUT recommends:

Bandcamp Daily  your guide to the world of Bandcamp